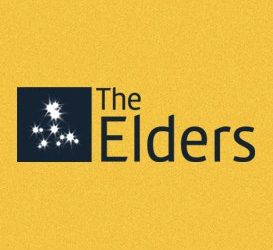 President Santos will contribute to The Elders’ work in pursuit of peace, justice and human rights. In this regard, he said:

“The Elders’ work seeks to promote peace and support the efforts to resolve the world’s greatest conflicts, therefore, it is a crucial force that contributes to the good. I greatly appreciated your support and advice while my government negotiated the peace process in Colombia in 2016. I am honored to join this group and to be able to work with them to promote peace, justice and reconciliation around the world”

International Crisis Group Board of Directors

International Crisis Group is pleased to announce the designation of Juan Manuel Santos on its Board of Directors. The Council plays a central role, it guides Crisis Group’s global mission to prevent, mitigate and resolve violent conflicts. In this regard, the President stated: “It is an honor to be part of International Crisis Group, alongside different leaders who work for world peace”

Mr. Santos received the Nobel Peace Prize in 2016 for his negotiation of Colombia’s Peace Agreement, which ended after over five decades of conflict. He was one of the few presidents in office who supported courageous changes in the international drug control system, to adapt better to regional challenges and to find more effective responses to the damages resulting from illegal drug trade.
Juan Manuel Santos said: “Colombia is among the countries that have suffered the failure of the war against drugs. During my government, some reforms were implemented, including the decriminalization of drug use and possession, and the most ambitious crop substitution program. Therefore, I am particularly pleased to join the Global Commission, its work over the last eight years has had a great impact on my country reforms and around the world. I hope to share my experiences and work to achieve better drug policies everywhere”